Expect to hear plenty about taxes this year.   The government is set to rake in billions of dollars of more taxes every year, due to a failure to adjust income tax rates for inflation, extra fuel taxes and moderate economic growth.

But that’s not enough.  They want more.

Specifically, they want a new tax, the Capital Gains Tax. They would exclude the family home – but every additional home, including the family bach, every business small and large, every farm, every share portfolio and Kiwisaver account, and maybe more besides would be covered.

The reasons the Government put forward are bunk.

One, that it will solve housing affordability issues. Look at Sydney, Melbourne, Vancouver, London and countless other cities with high house prices and a Capital Gains Tax.  It won’t solve housing affordability.  Only the provision of a far greater supply of houses will do that.  Further reducing overall returns to landlords, however, probably will lead to higher rents.

Two, that it will improve equitable outcomes.  The rich will pay more tax.  Well, everyone has a opinion of how much tax other people should pay, and no set of arrangements is perfect.  The New Zealand tax system is already very redistributive – particularly when Working for Families and other income supplements are taken into account.   A relatively small group pays most of the tax.  But once the family home is excluded, which it obviously should be, it’s impossible to make any sense of a Capital Gains Tax on equity grounds.

Someone with a $4 million house in Remuera pays no Capital Gains Tax, but someone with two $300,000 houses on the West Coast, one rented out, pays it on the second house because they are a filthy capitalist.   Go figure.

Third, that it will shift investment from unproductive speculation in the housing market to other things.   But how will increasing the tax on every business, small and large, in New Zealand lead to more investment?   You get up every morning at 4am for years to build your café into a profitable business, for example, and when you sell it, the government snaps up 33 per cent.   Meantime, if you reinvest tax paid profits to grow the business, you’re taxed twice.   And if we want to increase investment, why would we tax savings more.

We’ll oppose this new tax and repeal it, if elected.

Simon Bridges, by contrast, started the year by signalling that National, if re-elected will change the law to adjust income tax rates for inflation, every three years. This is only one aspect of National’s policy programme but it goes to one of our core beliefs: that ordinary New Zealanders should keep more of what they earn. 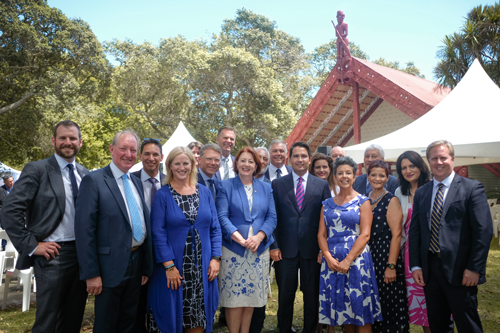 The Future of Education

I am hosting a Future of Education public meeting with National’s Education spokesperson Nikki Kaye on Monday 18 February. The focus will be on the Tomorrow’s Schools proposals.

The Tomorrow’s Schools proposals represent the largest education reforms in over thirty years. We want to ensure parents, trustees, educators and communities have the opportunity to be heard and give feedback.

National has raised some serious concerns about the creation of around 20 new Crown entities called Education Hubs, which would transfer more responsibilities from parents to bureaucrats.

We don’t claim the current arrangements are perfect for every school, but we are concerned that parents will be disempowered as a result of proposed model, which seems highly centralised and monolithic.

An important part of the meetings will also be discussions around wider issues in education including NCEA changes, school property and additional learning needs.

Well, sadly, hope is not on the way.  The Labour Greens government has explicitly not prioritised reducing congestion on our roads in its transport policy statement.   Its priorities are climate change, safety and shifting people on to public transport.  They are all worthy goals, but in the absence of any drive to reduce congestion they lead to strange outcomes.  The most ideological greens believe that congestion on the roads is a good thing, because it forces people out of their cars on to public transport.  You see it on Quay Street now; you’ll see it on Dominion Road if they get their way and spend billions on a slow tram to the airport instead of more sensible, balanced projects that will deal with real pinch points in our transport network.

I asked Phil Twyford some questions on this in Parliament this week and got nowhere. 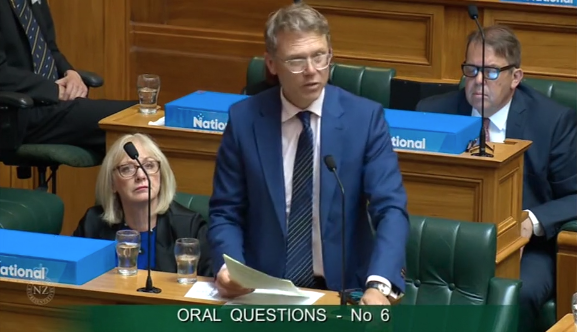 (You can watch the video here.)

The largest community event of the year comes to Epsom

This year is the year of the pig, in the lunar calendar.   I’m a piggie, as is my second daughter, Violet.  We had a great time at the opening of the Lantern Festival in the Domain last night.  If you can brave the heat and the long walk, there is no better or larger cultural festival in the calendar. 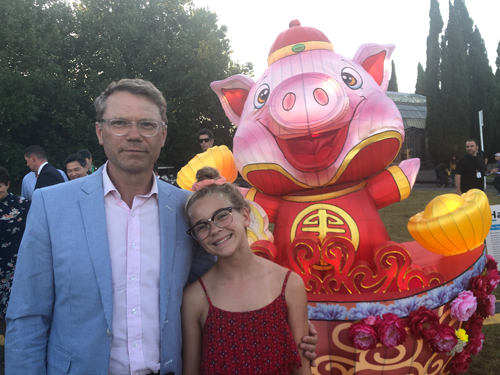