Friday’s leadership change, difficult though it was, has given the National Party the opportunity to reclaim the agenda four months out from the General Election.

We’ve had a contest.  Todd Muller and Nikki Kaye succeeded.

It’s been tough, especially for Simon Bridges and Paula Bennett, who have been great servants of the party and the country.  We honour their contribution.

Now we look forward, with an absolute focus on winning in September.  So much is at stake. 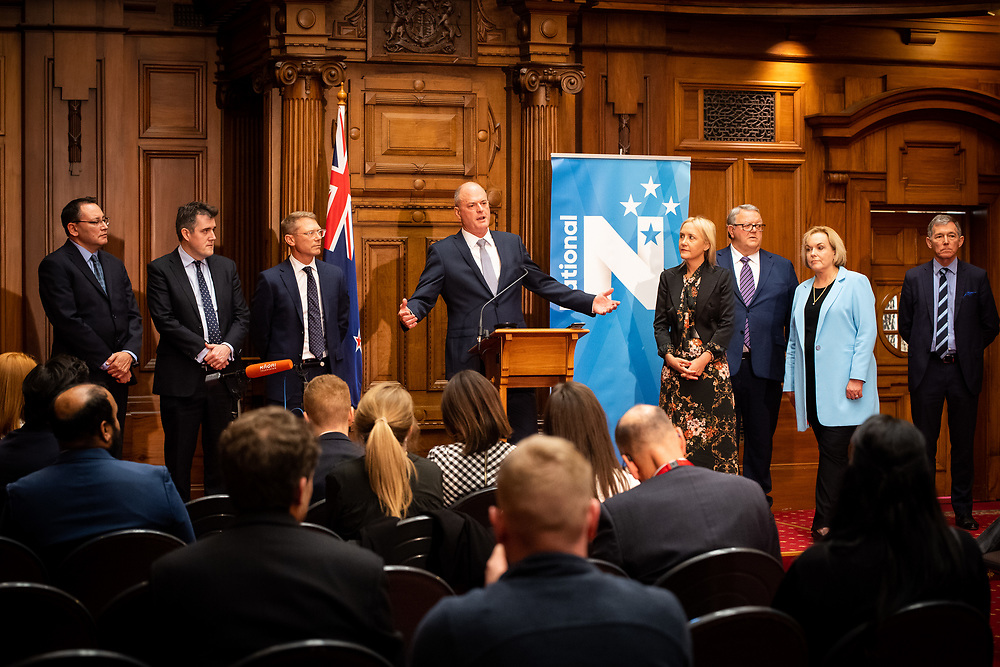 Our party has a team that offers New Zealand families and communities the experience and management skills to make the right decisions.

And I have every confidence Todd Muller is very well equipped to lead that team.  He’s had a great start; calm and assured.

Much depends on how New Zealand is governed and led these next three years.

Thousands of jobs have been lost and tens of thousands more will be.  Excessive restrictions over the coming months could heavily compound the pain.

While extra debt is unavoidable, good economic management will reduce the height of the mountain, and the tax burden our young people will face.

For New Zealand to succeed in the post-Covid world we need a growth plan and a government that can deliver it.

Todd has been right to acknowledge the government’s handling of the Covid19 health crisis.  But the coming crisis is an economic one.

It requires different skills and a strong team.

National has a plan to get New Zealand working again.  We will deliver on that plan.  And we will never lose sight of our commitment to responsible economic management.

We’ve argued that to reduce the damage and the job losses we needed to get cash into the hands of small businesses.  We argued strongly for a GST refund up of to $100,000. Despite the billions cast about in the Budget, Labour didn’t listen.

We’ll have an absolute focus on safely restoring the international education industry and opening the Trans-Tasman bubble.

We will not to increase taxes.  National dug ourselves out of the $50 billion hole caused by the Global Finance Crisis and Canterbury earthquakes without new taxes.  It took discipline and a focus on growth.   We will do it again.

We’ll unlock new business investment to drive growth and create jobs.   The whole point of economic policy is to raise wages, but a government that increases the minimum wage in the middle of a lockdown, when firms have no revenue, has no idea.  National will reduce regulation, allow businesses to write off new investment instantly and free up inward investment from overseas.

We’ll launch the largest infrastructure programme in our history.

We’ll invest in skills and technology so New Zealand succeeds in the post-Covid world.  It’s easy to announce $1.6 billion for apprentices, as the Budget did, but it’s the same government that has turned the trades training sector upside down in a massive and expensive restructuring.

Announcements are easy, it’s the delivery that counts.

There’s more to come.  New Zealand will get through Covid19 economic downturn – but how fast and how strong we emerge will be affected greatly by the decisions made in the Beehive over the next three years.

National Party passions ran high this week. But that’s because everyone’s economic security is at stake.