No new leader of the National Party has been tested quite in the manner that Simon Bridges has in the past month or so.  The pressure has been immense and the circumstances of the expulsion of our former caucus colleague Jami-Lee Ross very upsetting.  From my perspective, Simon has demonstrated that he has the temperament to handle that pressure, to hold the caucus together under extreme provocation and still to keep the pressure on the government.

Epsom locals have the opportunity to come and meet him at a public meeting in Remuera, 2.30pm Wednesday 14 November, at the Remuera Club, 27 Ohinerau Street. Come along to see him in action. 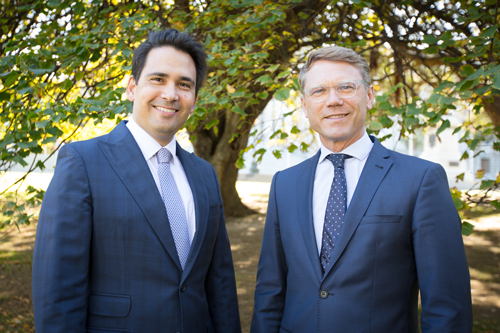 The frustration for us is that the whole saga has distracted from our primary task, which is to hold the government to account.  This is a weak government that continues to enjoy a golden economic inheritance, but is steadily undermining many of the foundations of that success.  The most egregious example recently has been the Crown Minerals (Petroleum) Amendment Bill, just passed on Wednesday, which ends new exploration grants offshore.  The decision was made so that the PM could ‘virtue signal’ in a speech and without any proper process and without any analysis.

For the legislation required to implement the snap decision some cost/benefit analysis had to be done.  The Regulatory Impact Statement reported that the potential cost, in terms of lost revenue to the Crown, would be between $1.8 billion and $26 billion over an extended period, with the mid-range being about $10 billion.  That’s just lost revenue to the Crown. The cost to the businesses themselves and the wider economy would be multiples of that and the officials admitted that hadn’t even tried to calculate the wider economic costs.

It’s an act of economic vandalism – meantime the environmental outcomes are illusory.  New Zealand not looking for gas doesn’t change our demand for it.  If we don’t produce it, it will have to be imported from offshore at greater environmental cost.

Transport policy should be focused on making life easier

Since the previous Goldsmith Update I’ve picked up the portfolio of Opposition Spokesperson for Transport.  I’m very pleased to have it, particularly as it fits so well with my other areas of responsibility, Economic Development and Regional Economic Development.  A good, functioning transport is so important to our economy.

Traffic congestion adds to the cost of everything that is transported – from concrete and materials to build our houses, to the food we eat.  But, of course, the impact of the transport system is much broader than business – our quality of life is hugely affected by our ability to get around freely, safely and affordably.   Transport patterns have a huge impact on house prices, which is also central to our living standards.

For many decades we under-invested in transport infrastructure in Auckland.  The Southern Motorway was built with two lanes each way in the 1960s.  Since then, the population has more than tripled and in some parts there’s still two lanes each way – should we be surprised there’s a problem? 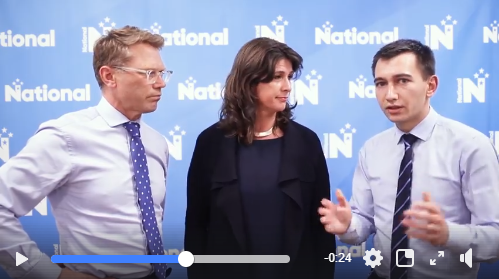 This week National MP's presented petitions on behalf of 16,091 New Zealanders to save local roads which have been scrapped by the new Government.

The previous National Government got stuck in and made huge investments to get us moving again – the Waterview Tunnel, electrification of the rail system, the City Rail Link and many improvements to the motorway system.

I’m pleased to see the new government is continuing to invest, though I worry about the ideological nature of some of the decision-making, particularly around light rail down Dominion Road to the airport, which few people think makes sense.  Regional New Zealand is rightly distraught at the removal of over $5 billion from the state highways budget for the slow tram to Auckland’s airport.

I don’t think we need more taxes, however, to pay for their investment.  We’ve calculated that the average Auckland household is now paying $324 a year more in petrol taxes than this time last year.  This from a government that has inherited massive surpluses from the previous government’s careful fiscal management and is happy to waste billions on poor quality spending, such as through Shane Jones’ slush fund or free tertiary fees.

We have pledged to abolish regional fuel taxes and oppose these new fuel taxes being put in place.  We remain committed to investing in major transport projects up and down the country.  They can be funded without extra taxation if we are disciplined in our normal spending.

Another area that I’ll be watching closely is what seems to be a determination by transport planners to slow us down unreasonably.  Long, beautiful parts of the motorway system that have had 100kmph speed limit for decades now have been turned in 80kmph zones – where we have to crawl along, despite driving safer cars and despite the road toll being a third of what it was, per person, in the 1980s. The proposal to turn the entire Auckland CBD in to a 30 kmph zone is ludicrous.

Transport policy should be focused on making life easier, not to drive us all mad.

Earlier this month, I selected 15 year old Lara Adams Albert from Epsom Girls Grammar School to be my Youth MP.

Lara is looking forward to what she expects will be a great learning opportunity: “I would like to express my deepest gratitude for having been given the chance to learn more about our democracy and represent my peers”.

121 Youth MPs, from across the country, will come to Parliament on 16 and 17 July 2019, where they will learn about the government decision-making process and share the views of New Zealand youth with the country’s decision makers. They will have the unique opportunity to step into the shoes of an MP for two days while they debate legislation, sit on select committees and ask oral questions of Ministers.

As well as sitting in my chair at the Youth Parliament in July, Lara will hold the title of Youth MP from 1 March to 31 August 2019.  During this time, she will actively engage with the community to gain an understanding of the ideas and concerns of youth in the Epsom electorate.