On this, the last week of Parliament, I was bailed up on the way to Caucus by a reporter with a microphone in my face: ‘What do you want for Christmas’?  As usual, I thought of a great line – three hours later.   What I really want for Christmas is a straight answer from Shane Jones.

This week he’s been prancing around Parliament saying the $3 billion Provincial Growth Fund has created 4,000 jobs, which he upped on Tuesday to 7,000 and on Wednesday to 9,000.   It’s pure nonsense.   For example, the fund puts money into a feasibility study for something in the Coromandel shell fish industry.  The promotors of the project claim that somewhere down the line the industry will grow in size and 500 new jobs might be created.  The feasibility study hasn’t even been started, but Jones banks 500 jobs created, right here, right now.

It feels like the twilight zone.  Eventually I got Jones to admit that the actual jobs filled so far is somewhere around 200.

Why’s it important?  Because we need to know if we’re getting some value for $3 billion being spent.  Nonsense statements about the jobs created doesn’t help us evaluate the success or otherwise of the scheme, which is cloaked in murkiness.

Another recent example is the soft loan to Westland Milk of around $10 million.   He refuses to say what the interest rate is and the terms.  This makes a huge difference.  If it is at commercial rates, the cost to the taxpayers is minimal.  If it is at 1 per cent locked in for 25 years, the cost runs to many millions.  We, obviously, should know which it is.

Just remember, next year we’ll be talking about the government’s determination to introduce a massive new tax – the capital gains tax.  They want more money.  Our point is, if they didn’t waste so much, and showed basic disciplines around spending, they wouldn’t need more taxes.

So, if you need something to get your blood pressure up, take a look at my questions to Jones this week, and the answers given: 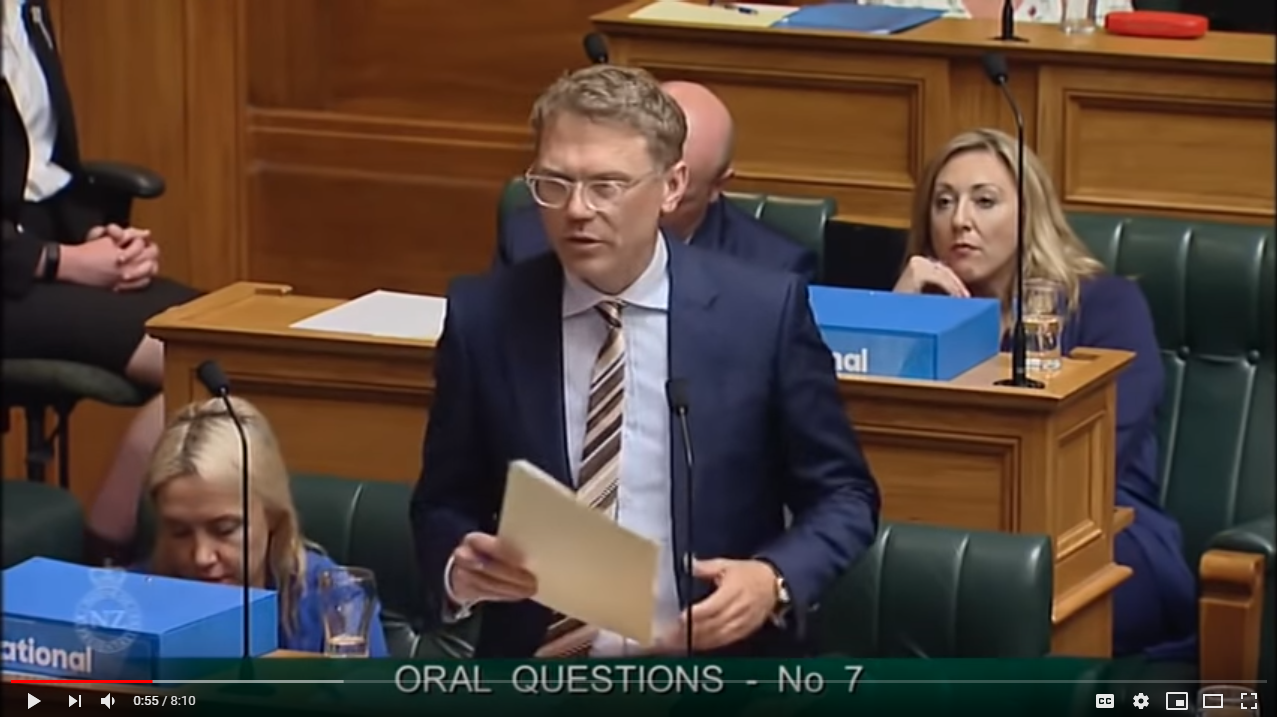 You can view my questions on Wednesday here and Thursday here.

Remember all the talk from Jacinda Ardern that hers will be the most open and transparent government.  What a joke: the PM refuses to release her text messages about dodgy immigration decisions; Winston Peters dissembles and deceives over the UN migration compact; the government essentially decriminalises the use of P, marijuana and other drugs without so much as a discussion.  It’s a bad state of affairs.   I think I’ve worked out their strategy – do one crazy thing and you can get yourself in trouble; do ten crazy things at the same time and people get confused in all the chaos.

Rest assured, Simon Bridges and the rest of us have a plan to stop them getting away with it!

On a happier note, Christmas in nearly upon us.  We are looking forward to a nice quiet family time.  Christmas lunch duties fall to me this year.  I’ve given no thought to it whatsoever – but will be on the lookout for a rack of lamb on special somewhere to throw on to the bbq. 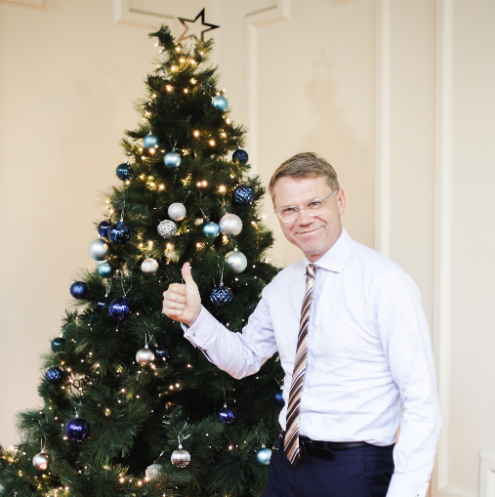 Wishing you and your family all the best for Christmas and the New Year.  Good riddance 2018; roll on 2019.