Only four times recently has the Reserve Bank slashed interest rates half a per cent or more: after 9/11; during the GFC; after the Canterbury earthquakes; and now with the Labour/ NZ First/ Greens running the economy, at a time when our export prices are at historically high levels and we should be doing well.

It is puzzling and makes most sense only if the Reserve Bank sees a bleak picture ahead.  I hope they are being overly pessimistic.

The Governor’s talk of negative interest rates and potential unconventional monetary policy (read, printing money, ‘watering the milk’ or quantitative easing) is sobering and deeply concerning.   One or the other have been employed for a while now in Europe, Japan and the US and we have been fortunate to avoid them – with the deep complications and distortions they cause.    My view is that we should strive to keep it that way.

One thing government can do in these circumstance is have a clear focus on economic growth.

Our primary criticism of the government’s economic approach is that there is no clear growth plan.  Budget 2019 was primary focused on spreading the wealth – lots of new spending, much with very poorly defined outcomes – but it said very little about how we make more of it.

The main Budget initiative under the headline of Transforming the Economy was a $1 billion subsidy for rail.  Truly bizarre.

The Governor has mentioned increased investment in infrastructure, while money is cheap.   Cheap money does mean more can be done, sooner.  But the quality of spending remains the key.

The reality is that the government’s primary action in the transport infrastructure space has been to cancel or postpone a dozen major projects, several of which were ready to go – and to replace them with projects that are not ready to go, and won’t be for some time to come.

So, less investment in infrastructure will occur in the next couple of years.   Budget 2019 showed that more than $3 billion has been shaved off projected infrastructure spending, since predictions only six months earlier.

This has been driven by ideology – a point blank refusal to build new roads.  Phil Twyford, the Transport Minister, believes the country has ‘overinvested’ in roads; his Associate Julie-Ann Genter talks of not giving in to ‘car fascists’.

National will restore confidence, revive the economy, get on with infrastructure and raise our aspirations about what we can achieve as a country that still produces many things that the world wants and is prepared to pay good money for. 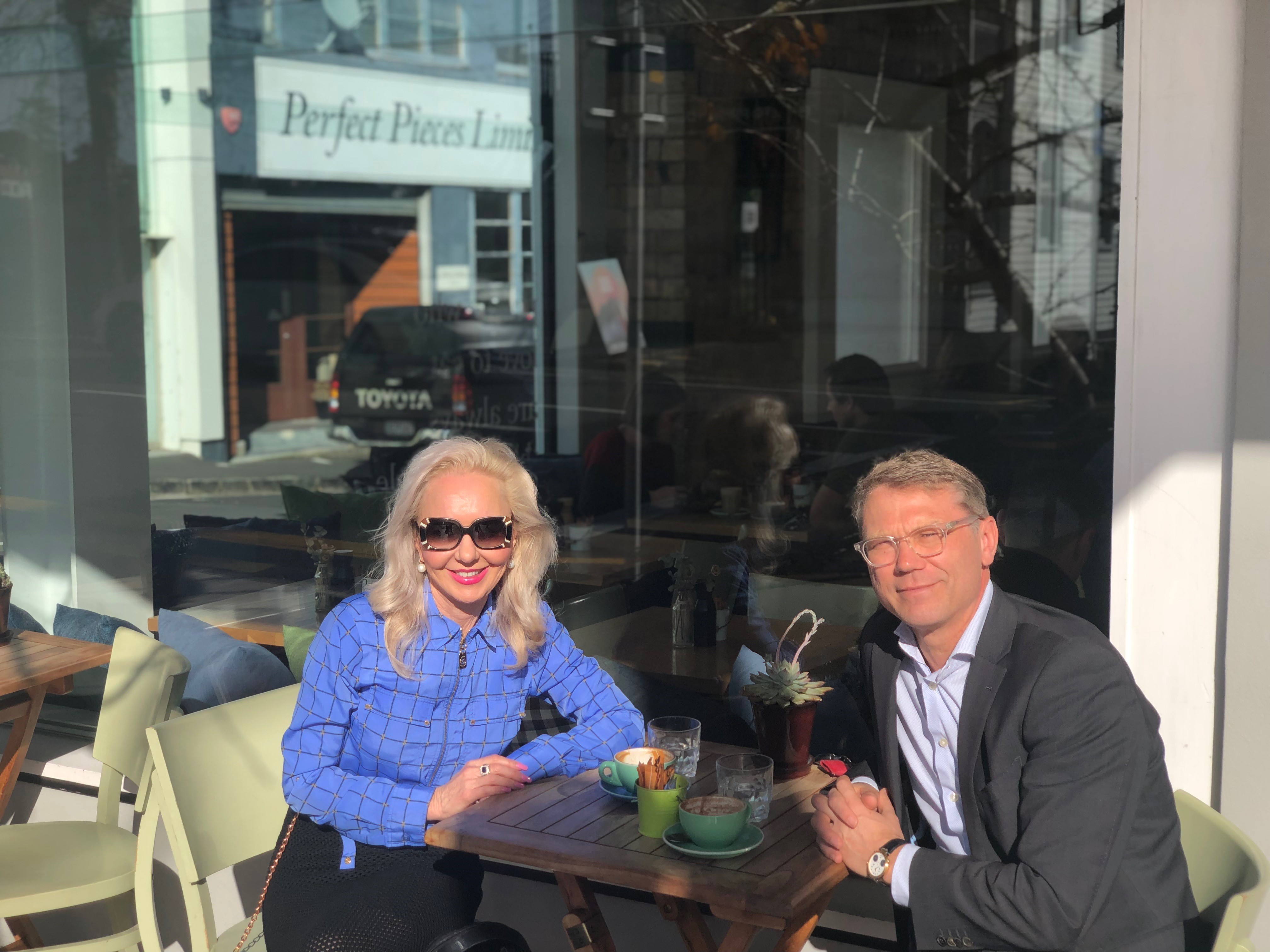 Catching up Councillor Desley Simpson on a sunny day in Parnell.  She's doing a great job.

We’ve had a couple of conscience votes recently, with the prospect of more to come.   This is my thinking on the topics, and I’m very happy to engage with readers on these topics.

On Euthanasia, I voted against, on balance, after much wrestling.  We have to balance the understandable desire for individuals to be able to choose to die with dignity, against the real fear of subtle and not so subtle pressure building on the old and infirm to relieve the burden on everyone else and get out of the way.  I do worry about the latter.

On Abortion, I voted for the first reading for it to go to select committee, on the basis that the law should better reflect the reality on the ground for 40 years, which it currently doesn’t.  That said, I remain concerned about the looseness of proposed arrangements for later term abortions, and if they’re not satisfactorily addressed I may well vote against in later stages.   Everyone will have a different view as where the line should be drawn; my view is that after that line, say 20 weeks, society does have an interest in ensuring meaningful restrictions are in place.

On recreational marijuana, my simple view is that big experiments are now taking place in Canada and parts of the US, countries similar to us in many ways.  We should wait five years to see how they pan out.